For A Free Consultation: 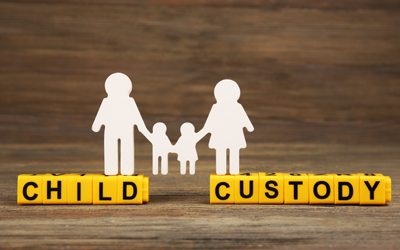 A Suit Affecting the Parent-Child Relationship (SAPCR) is a lawsuit by an individual seeking to establish custodial rights and privileges over a child. What most people in Texas don't know is that if anyone, other than a foster parent, has had actual care, control, and possession of your child for at least 6 months, then that person can file a SAPCR for your child within 90 days after the 6 month period.

But what most parents don't know is that under Texas Family Code 102.003(a)(9), anyone (whether related to the child or not), other than a foster parent, has standing to file a SAPCR for a child if they: (1) have had actual care, control, and possession of the child for at least 6 months and (2) file a SAPCR for the child no later than 90 days after that 6 month period. If someone meets the requirements of 102.003(a)(9) for your child, then they can seek conservatorship of your child.

When determining whether a person has "actual control, care and possession of a child," courts will make their decisions on a case-by-case basis. However, there are some general legal principles courts will follow. Courts have held "actual control over a child" to mean a person exercises guidance, governance and direction over a child similar to what a parent would exercise over their children. Some but not all courts have held that "actual control" means the person must have had the right to make legal decisions for the child. Courts have held "care over a child" to mean the parent has given over the responsibilities of caring for the child to the other person. Also, when calculating the 6 month period of possession, courts do not require that the 6 months of possession be continuous and uninterrupted. Rather, courts will look at where the child's principal residence was during the 6 month period.

For parents, it's best to completely avoid any possible issue with section 102.003(a)(9) of the Texas Family Code. The best option is to not let your child move in with someone else. However, if your child has to live with someone else for a while, make sure it's only for 3 months at most. Also make sure that when your child leaves the other person's home at the end of their stay, your child completely moves out. There should be no question in anyone's mind that your child's only home is your home.

If someone you trusted is now trying to seek custody of your child, contact Sugar Land child custody attorney Chikeersha Puvvada at 832-317-6705 or online today to schedule a free 30 minute consultation.

The information presented at this site should not be construed to be formal legal advice nor the formation of a lawyer-client relationship. Persons accessing this site are encouraged to seek counsel for advice regarding their individual legal issues.

Chikeersha Puvvada is responsible for the content of this site.

Chikeersha Puvvada is admitted to practice law in the following states only: Texas, New Jersey.